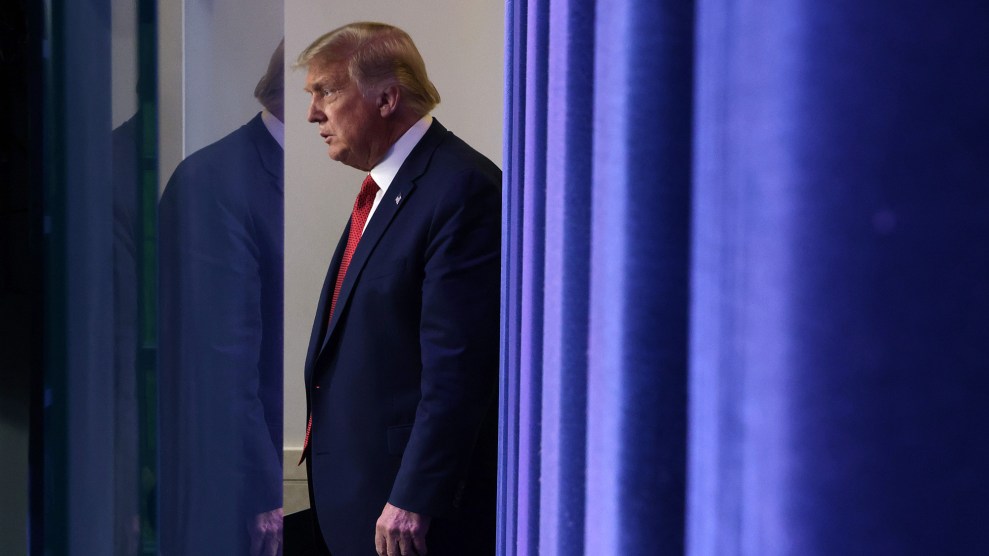 Twitter has long been one of President Donald Trump’s biggest megaphones for spouting disinformation, yet the social media platform has been unwilling to aggressively censor the sitting president. So what will happen when Trump is no longer in office?

Sen. Mazie Hirono (D-Hawaii) put the question to Jack Dorsey, the company’s CEO, at a Tuesday Senate Judiciary Committee hearing. “What are each of you prepared to do regarding Donald Trump’s use of your platforms after he stops being president?” she asked both Dorsey and Facebook CEO Mark Zuckerberg. “Will he still be deemed newsworthy, and will he still get to use your platforms to spread his misinformation?”

Dorsey answered by first explaining the company’s existing policy, and how it can allow elected officials to make posts that would otherwise violate the company’s rules.

“We do have a policy around public interest where, for global leaders, we do make exceptions in terms of if a tweet violates our terms of service. We leave it up, but we leave it up behind an interstitial and people are not allowed to share that more broadly,” Dorsey responded.

“If an account is suddenly not a world leader anymore, that particular policy goes away,” Dorsey explained.

Of course, how Twitter actually responds to Trump after January 20, 2021 and whether he will become subject to the terms of service like any other user remains to be seen. But Dorsey’s acknowledgment that current protections will no longer apply indicates Trump could no longer have such free reign.

Facebook may be another story. Zuckerberg did not directly answer the question.

President Trump: “They Are Fighting Like HELL – Why Are These Commissioners Fighting Not To Give The ROUTERS!?”